The superior ARS Power TMT re-bars are produced with TEMPCORE technology in a large speed mill. The TMT re-bars are earthquake proof owing to shock absorbing properties, corrosion resistant and superior weldability. The sophisticated infrastructure facilities for R & D and quality control help the company to produce the best quality at low-cost. The quality is certified by Indian Institute of Technology, Chennai.

The Company entered into manufacturing of MS Ingots at Gummidipoondi, Tamilnadu in the year 1992. In 2003, knowing the widespread acceptance from the steel bar manufactures throughout south India, the company started its own automatic rolling mill. The forward integration was done with a capacity of 108000 MTs of rolled products per annum with latest technology and well equipped infrastructure. Subsequently the ingot casting capacity was also expanded. The Company is functioning as an integrated steel mill. 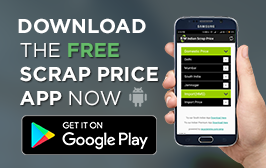